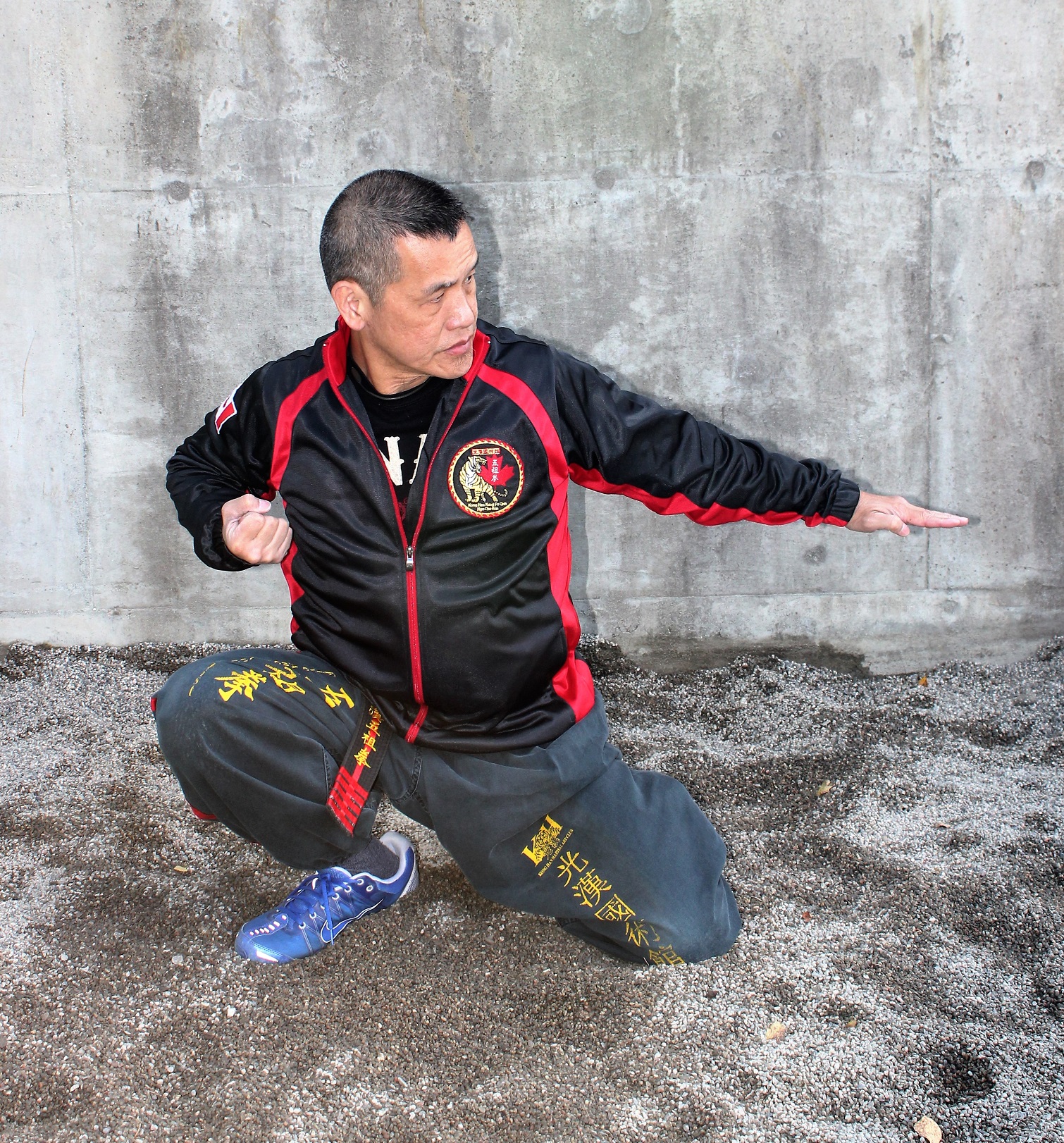 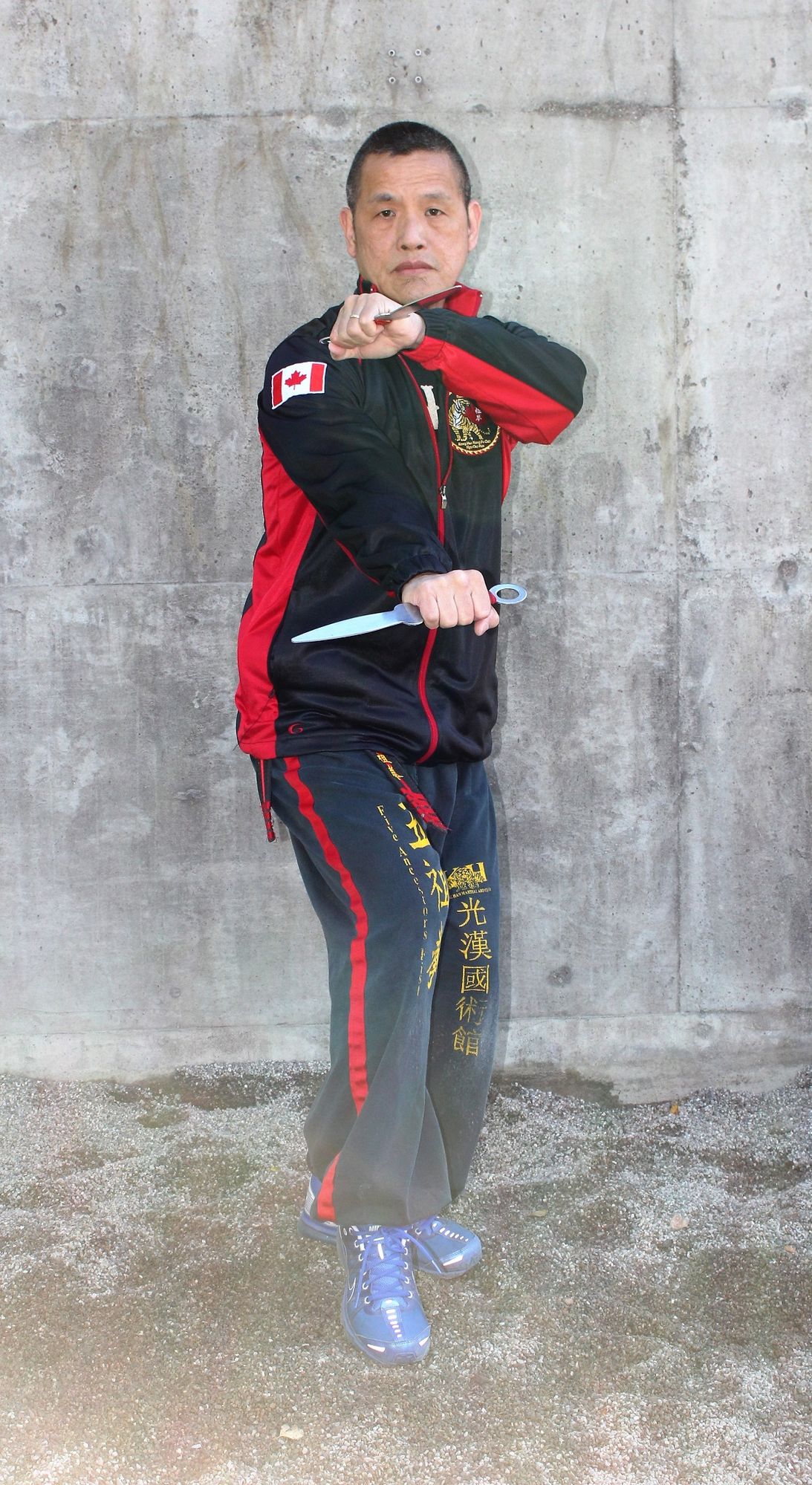 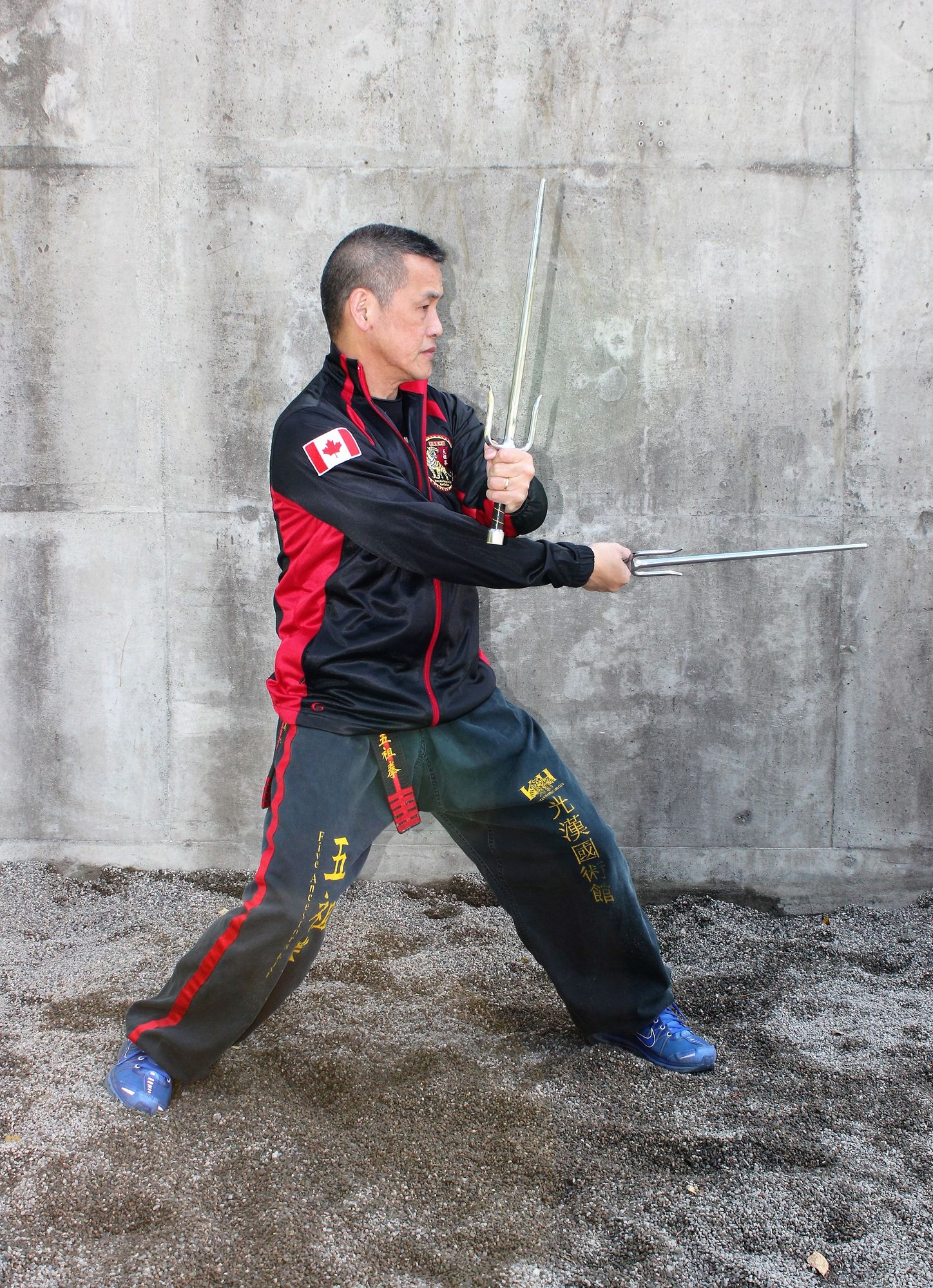 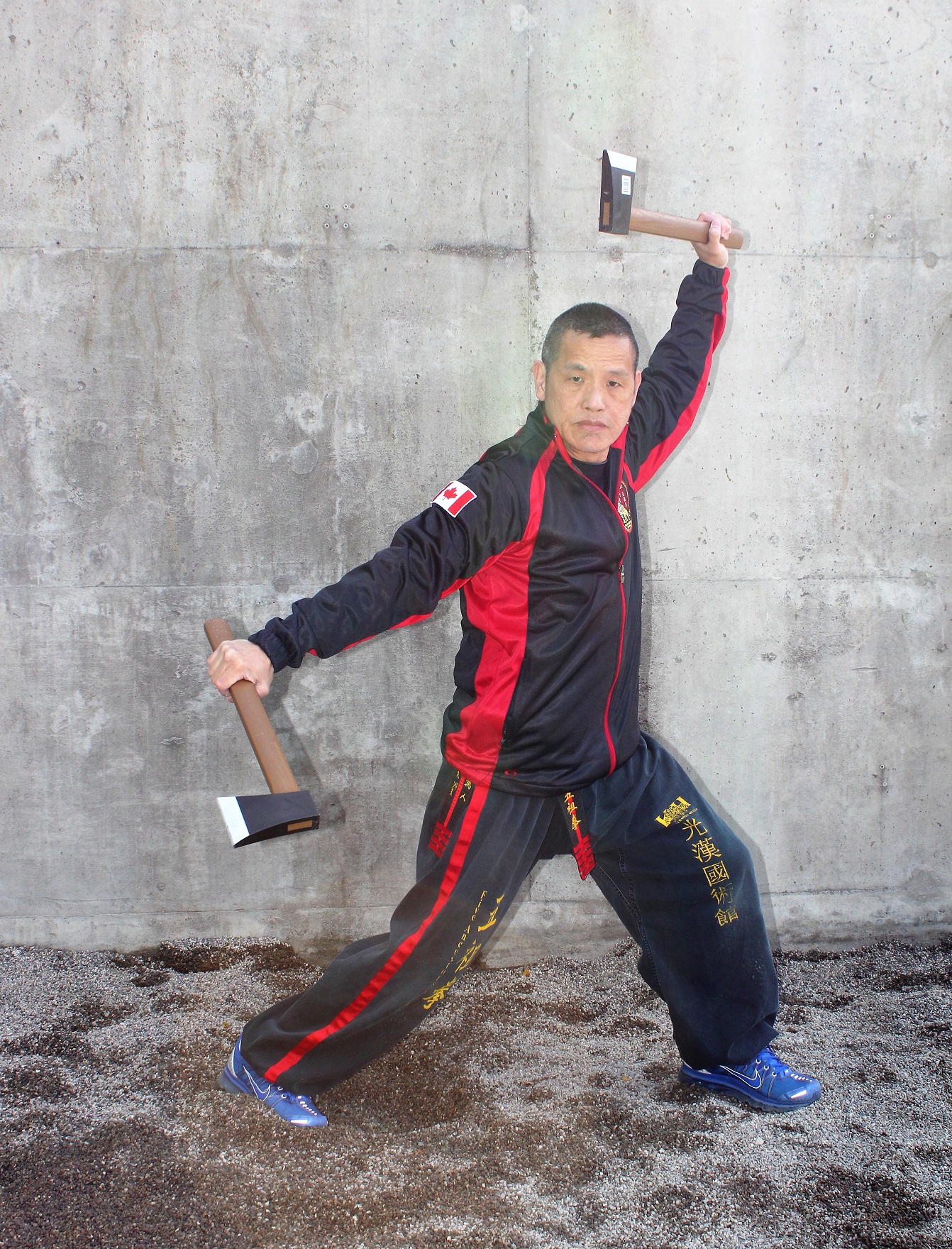 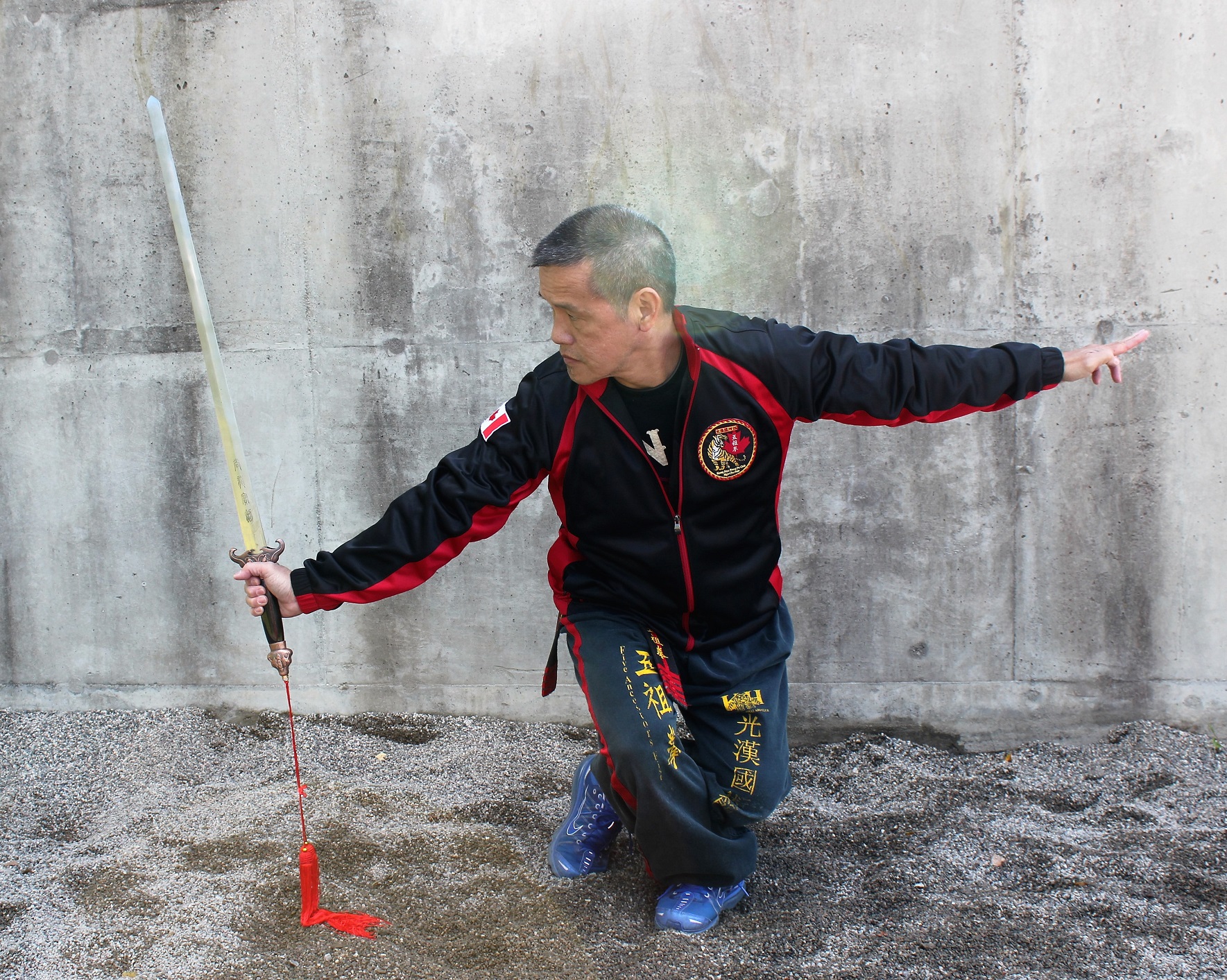 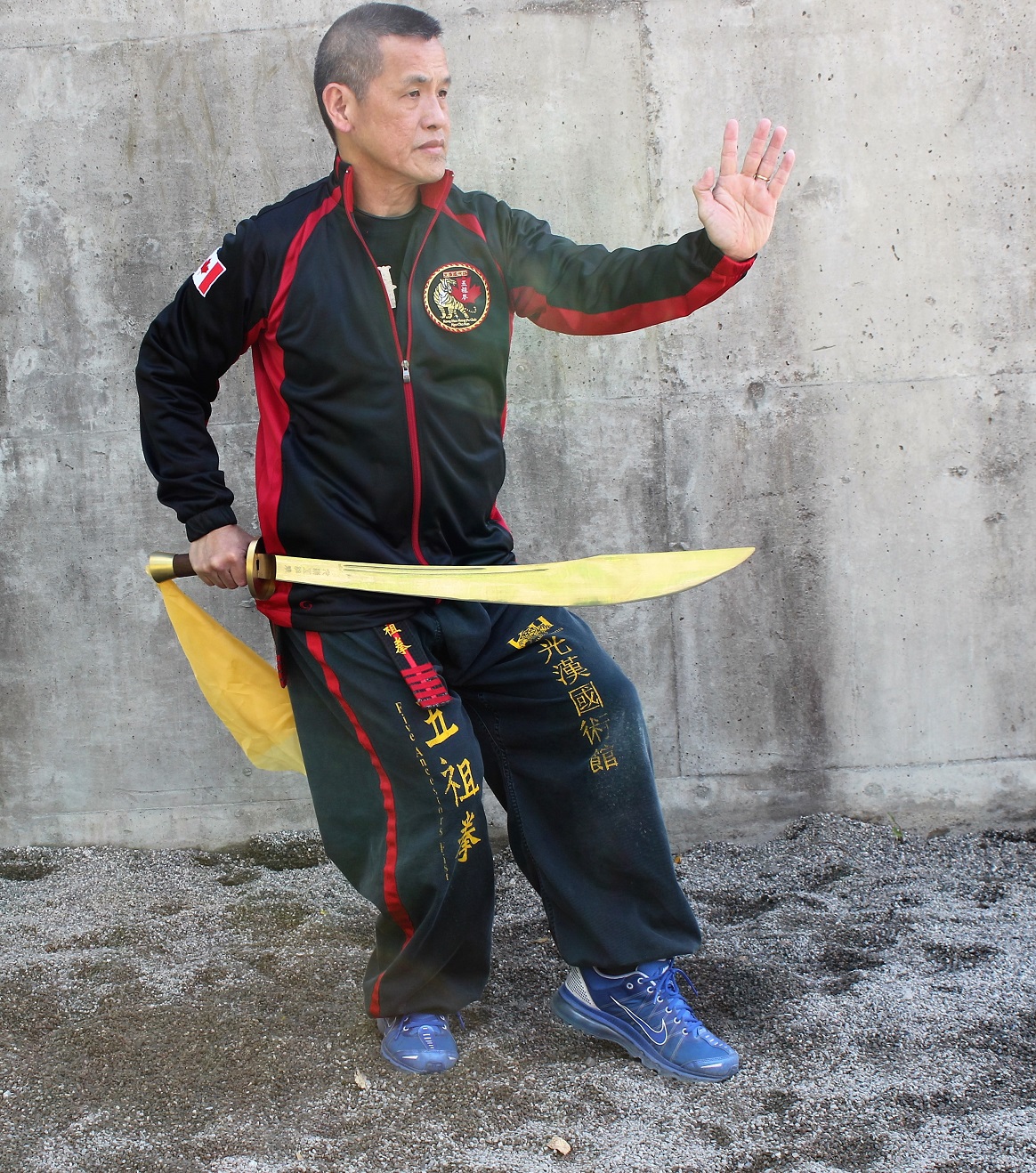 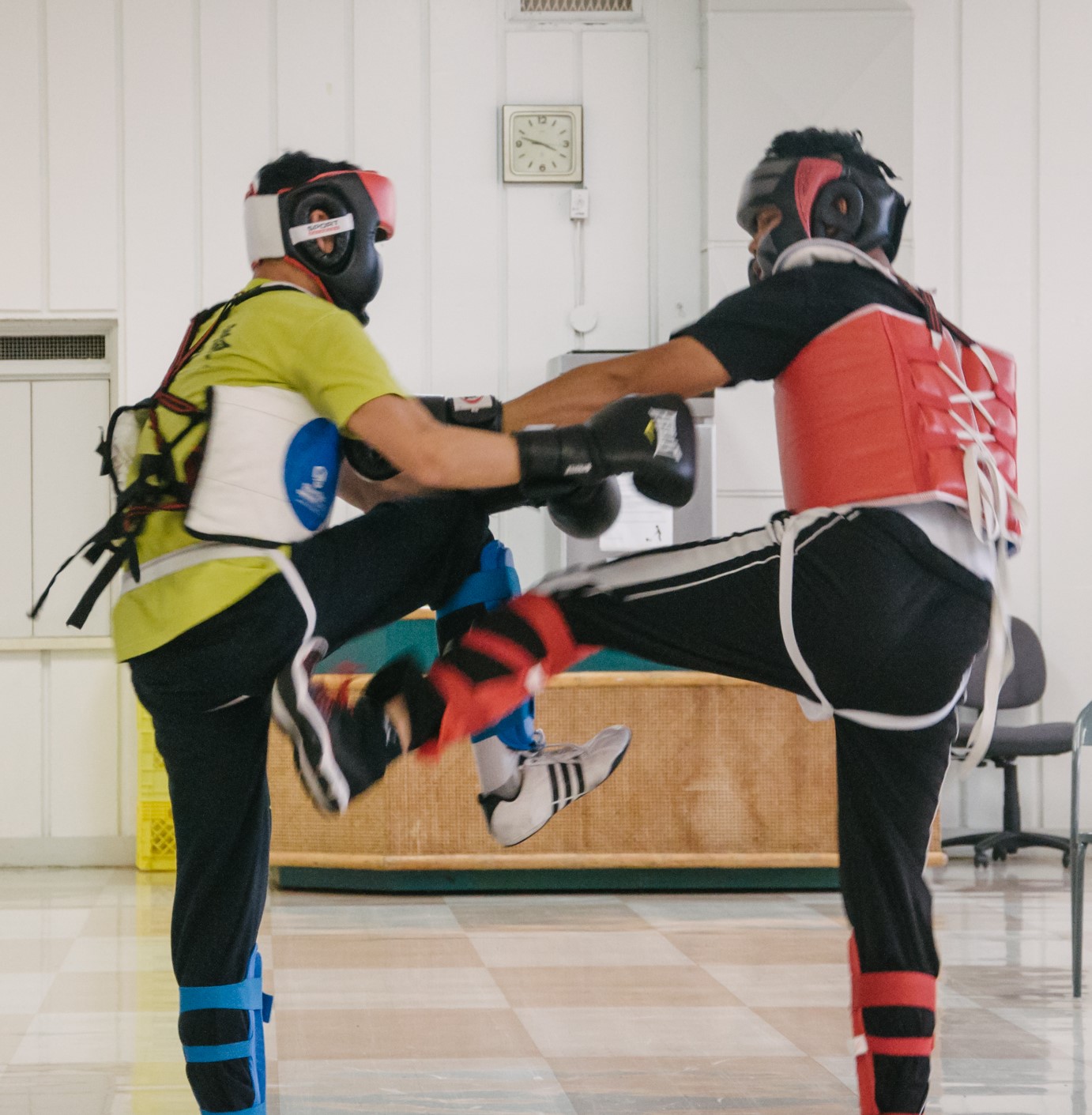 Ngo Cho Kun originated in the province of Fujian China, in Mandarin it is called Wu Zu Quan in English it is Five Ancestors Fist. It evolved from Tai Cho Chuan or Taizuquan in the 18th century prominent Tai Cho masters such as Li Junren, Chua Giok beng, Gong Po Chan and Lim Kiu Lu will popularized Ngo Cho Kun all over Fujian and later to neighboring South East Asian countries such as in Malaysia, Philippines, Indonesia and Singapore. It is name Five Ancestors Fist in respect to the Five Ancestors the history that started it all 1. Tai Cho representing the emperor 2.) Lo Han representing the Shaolin warrior monks (3) Guan Nim the goddess of mercy that is revered by both Buddhism and Taoism (4) Da Mo the monk that introduced Buddhism to China and 5.) Xun Nu the female monk that introduced the pressure point technique. Later in 1880 it will be refereed to the five martial art styles which are: white crane for its whipping technique, the monkey fist for its agility and aggressiveness, the lo han kung fu for its footwork, the tai cho kung fu for its power and kicking techniques and the da mo for its internal breathing techniques. It is a striking combat art that is 80% striking and 20% stand up grappling.

What is the principle of Ngo Cho Kun?

Its main principle is the development of explosive strikes and techniques for combat self defense and breathing control for health purposes. It is internal and external. It concentrate in developing the five power of rooting, hip amplification, shoulder transmittal, fist execution and breathing or qi and the four concept of inhale, exhale, sink and float.

Is Ngo Cho Kun affiliated with any international organization?

Ngo Cho Kun has an organization of its own which is the International South Shaolin Wuzuquan Federation headquartered at Quanzhou, China.

What are the benefits of training in Ngo Cho Kun?

Health and self defense are the primary benefits. The deep breathing exercises are mainly to help stimulate and exercise the internal organs that include the heart, lungs, kidneys, muscle fiber, tendons, ligaments, and to improve oxygen and blood circulation. The techniques that are involved in training help develop a sense of awareness and combat self defense. Plus learning and being part of the rich history of Ngo Cho Kun.

Does Ngo Cho Kun have belts?

Yes, the belts are primarily symbol of the school code of arms, for our school which is Kong Han Ngo Cho Kun the color red and yellow, which is in the form of a sash, is our code of arms. Speacial belts or sash for instructors and Sifu the black with red centre stripe.

Is there any special requirement to train in Ngo Cho Kun?

None, any able body people regardless of sex, athleticism or muscular build can train in Wuzuquan.

What are the forms for?

The forms are design to help develop internal and mental concentration, cardio respiratory endurance, internal energy control, muscular strength, mobility, skeletal and muscular posture, flexibility, self defense techniques and most of all exercise our internal organs the secrete of staying healthy.

Forms are for developing meditation, in ngo cho kun the forms are combat in nature. To psyche once own mental state, concentration, to blocked off any fear and apprehension to feel confident and having control of a situation.

The forms are what we consider Combat Meditation.

I just want to learn sparring can I do that?

Yes, at the same time forms are an integral part of Ngo Cho Kun; it is the foundation, the building block the identifying element, the heritage that separates Wuzuquan from other form or system of martial art.

Is Ngo Cho Kun part of jeet kune do or any other martial art style?

No, Ngo Cho Kun was develop 100 years earlier than jeet kune do it is totally a martial art system of its own that went through actual combat, sparring and health development experiences through the course of time. It is a proven system that works even with the absence of modern health and exercise equipments.

What is the recommended training routine?

It all depends on the student’s goal and physical well being. However, training will always start with health development before it is expanded to other fields such as self defense and combat sparring. We must remember that before a person can properly and successfully execute or apply self defense techniques or compete in sparring they have to be healthy first.

Is Ngo Cho Kun same with kickboxing or other striking martial arts?

Yes and no, every striking martial arts shared the same basic principle and that is the development of strikes such as punching, blocking (defense), kicking and some form of grappling. Wuzuquan shared that same principle but at the same time is distinct in its own way. It emphasizes on health and the development of explosive-penetrating strikes. It gives importance to its heritage, ancestors and tradition.

How about knees and elbows are they use in Ngo Cho Kun? How about kick?

Do Ngo Cho Kun have sparring, what type of sparring is it?

Yes again, sparring have always been part of Ngo Cho Kun, in fact it has been part of all traditional Chinese martial arts since its development hundred of years ago. Ngo Cho Kun sparring are called lei tai (rampart platform) it is stage on a raise platform with no ropes. Rules of the fight are: use of punches, kicking, elbows, knees and takedowns. Two points are awarded for getting thrown out or falling off the stage. At present, the Chinese government have systematized sparring and integrated them in one national umbrella called san shou.

Are there weapons training and is it still relevant?

Yes, weapons training are part of Ngo Cho Kun curriculum and it is still relevant to today’s’ self defense and health development. In health the weapons act as an instrument or tool to guide our movements for proper posture, develop muscular & skeletal flexibility, and assist in exercising our joints to extend to its full rotation. In self defense, the use of either short or long weapons help develop muscle and eye coordination and mental awareness with the development of proper technique to strike or defend against an attacker.

What are the first aid kits that martial arts should have?

Aside from the regular kits such as band aids, gauges etc. these are some important first aid materials that martial art schools, teachers and instructors should have especially training in weapons.

1. Wound Seal or Yunnan Baiyu both this medication are effective in sealing open wounds such as knife cuts, sword cuts etc. 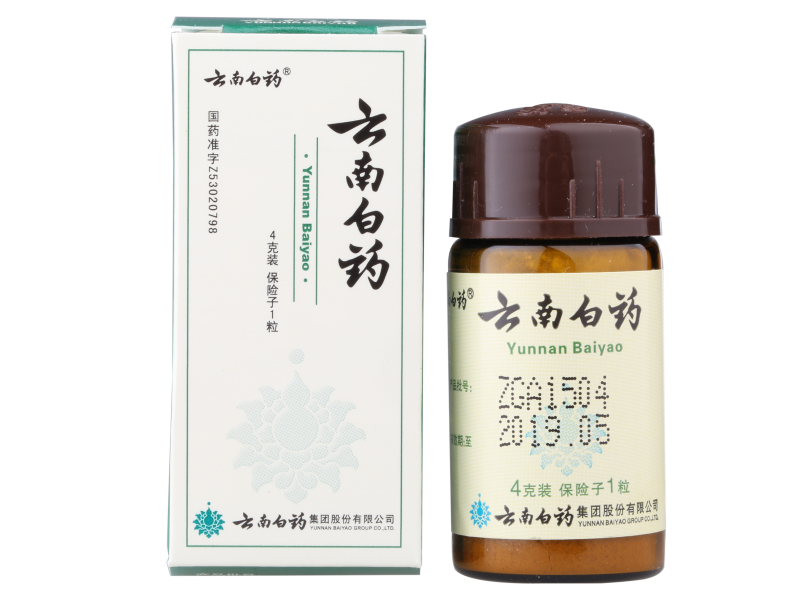 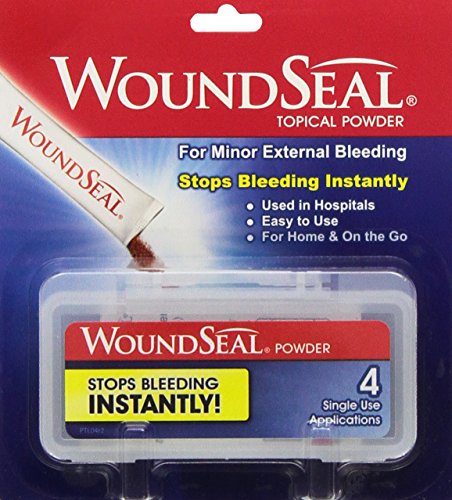 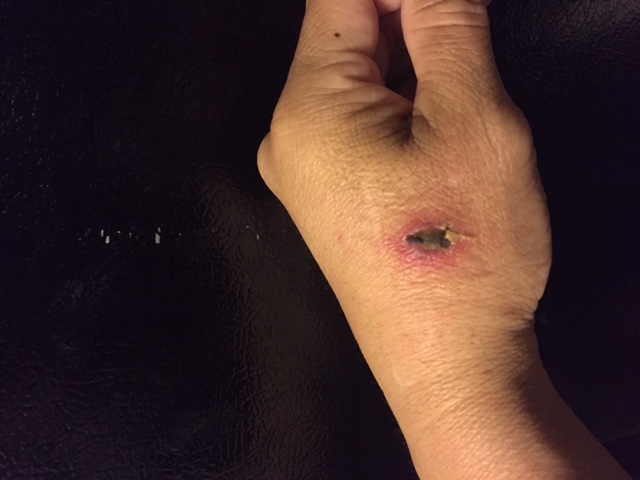 A half inch knife wound treated with Yunnan Baiyu by pouring the wound with the powder. The powder reacts with the wound and stop bleeding. 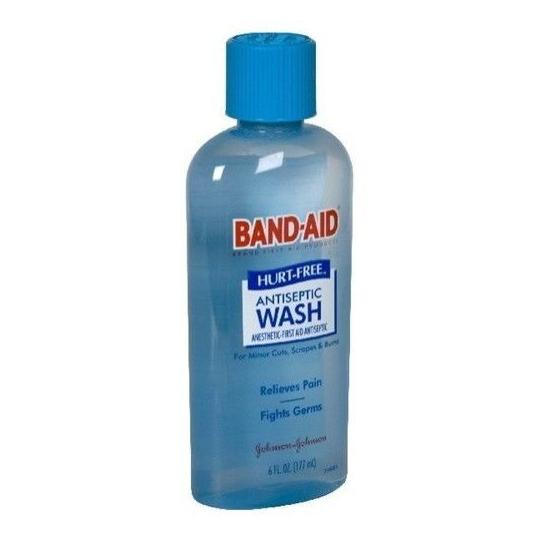 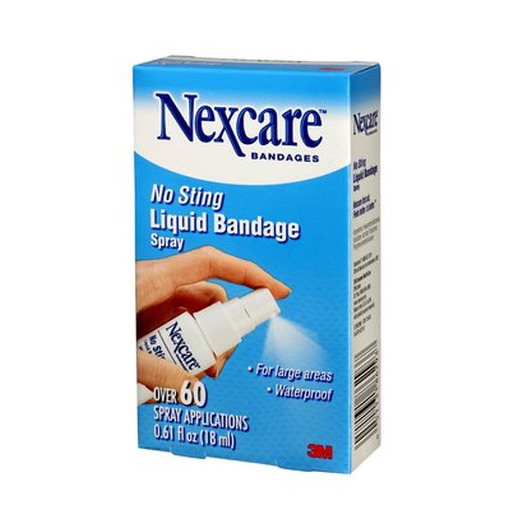 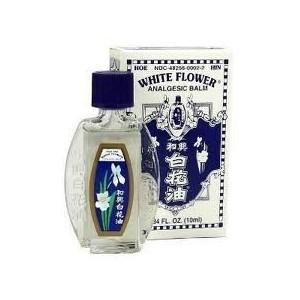 5. In-house herbal external liquid ointment use during muscle conditioning such as striking. 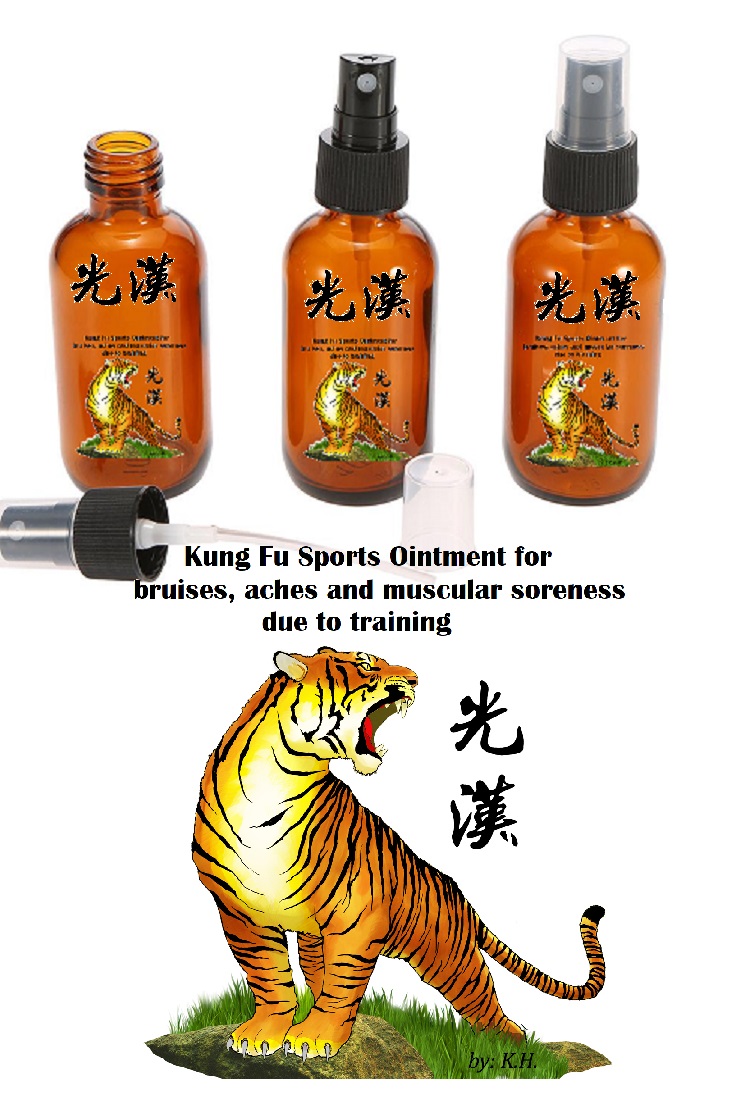